Rodolfo Osuna León is a Spanish medical interpreter for UW Health and acts as the voice between patients and providers. Rodolfo through sacrifice and hard work earned his national certification in medical interpreting and found a career focused on helping people at UW Health.

The main role of the medical interpreter is to enable communication between a healthcare provider and a patient who do not speak the same language. In performing this role, the medical interpreter is entirely committed to the objectives of the clinical interview. The presence of the interpreter makes it possible for the patient and provider to achieve the objectives of the interview as if they were communicating directly. The use of a third person to facilitate communication between providers and patients who do not speak the same language is something that has been done for a long time.

However, in this practice, unfortunately, misconceptions abound about the nature of interpreter-mediated communication; One of the most common mistakes is that any person with a certain level of bilingualism can provide an efficient interpreting service. Consequently, we see how children, family members and unskilled workers (such as the local parish priest, domestic service person, etc.) are used to carry out interpretation tasks. Despite this, having an identical level of fluency in two languages ​​is a necessary but not sufficient prerequisite to act as an interpreter. In addition, the interpreter must be able to translate the messages expressed in one language into the appropriate sociolinguistic framework of another language. Also, unlike conference interpreting, in which the interpreter must translate into a single language, the medical interpreter must interpret from and into two languages.

“Sometimes the conversations are really difficult, but you help patients with everything they came for and make sure their concerns and questions are answered,” says Osuna. Rodolfo even shaved his head on one occasion to support a patient who was undergoing cancer treatment at American Family Children’s Hospital and worried about losing his hair.

Rodolfo is also a “Dreamer/Soñador” – beneficiary of DACA (Deferred Action for Childhood Arrivals). Osuna moved from Mexico to Madison with his family when he was only 14 years old. His dad was a dentist and his mom was a hairstylist. They had a friend in the area and wanted the opportunity to learn English. The plan was to stay for a year, but one year turned into 20 for Rodolfo. During that time, he graduated from high school, earned his associate’s degree from Madison College, and his national certification as a healthcare interpreter. He also started his own family and has 2 children.

Although Rodolfo has lived and worked in Wisconsin for most of his life, he must reapply for DACA status every two years. There are many requirements to meet and there are no guarantees that your status will be renewed, which means that life often feels uncertain for your entire family.

“People who came here when they were very young don’t know another culture. My little brothers who are twins were only 4 years old. I grew up in Mexico until I was 14 years old, so I know a little about life there,” says Osuna. “I love Wisconsin. It would be difficult for me to go back. I think I could figure it out, but it would be very difficult.” Like many other DACA recipients, he hopes to become a United States citizen and continue to contribute meaningfully to the Madison, Wisconsin community.

For Rodolfo, being Latino is 100% focused on the family “I want to enjoy and mainly spend as much time as possible with the family.”

UW Health is one of the organizations supporting DACA recipients and significant immigration reform that will offer Rodolfo and others a path to citizenship. 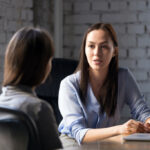 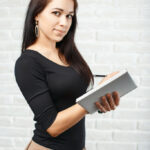 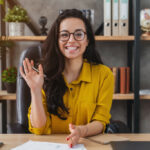